At less from 20km

The Bed and Breakfast “à gauche du Pont” is just a few hundred meters of the road that runs along the remains of the Roman aqueduct leading to the Pont du Gard. This path is ideal for walkers and other athletes. The aqueduct of Pont du Gard is a masterpiece of ancient architecture and some of the finest Roman achievements of the region. The aqueduct used to carry water from Uzes to the fountains of Nimes. It is impressive to note that on a 50km course this aqueduct that worked for centuries not only enjoyed as a vertical drop of 12 meters. The Pont du Gard is part of the aqueduct built by the Romans in the 1st century AD. Exceptional for its size (49 meters high) is the highest Roman aqueduct bridge in the world. Composed of 3 floors of superimposed arches (6 arches on the first level, 11 at the second level and 47 arches at the top), which is also a unique achievement for the time. Its excellent state of preservation and its remarkable architecture earned it today to be recognized worldwide as one of the masterpieces of human creative genius. This is the only example of ancient bridge with 3 floors which is still standing today. An estimated one thousand men the number of workers who have worked on this huge project that lasted 5 years. We will gladly indicate the way from our house to go on foot (the way the remains begins just down the “rue de La Rochelle”) and Fabien will accompany athletes with pleasure in jogging … 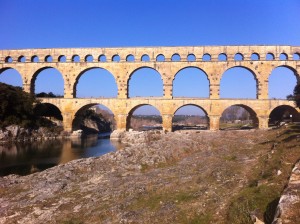 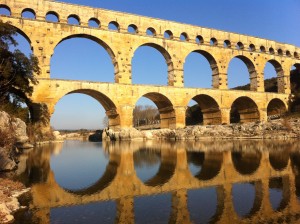 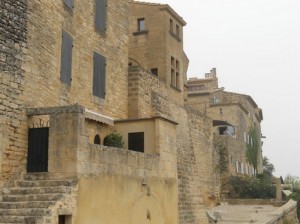 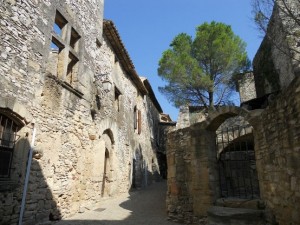 At 3 km from the B&B “à gauche du Pont”: Castillond-Du-Gard

Since our Bed & Breakfast ” à gauche du Pont “, about ten kilometers from Uzes, the village of Castillon du Gard is accessible by a beautiful path from which one can enjoy beautiful views of the Pont du Gard (and conversely from the famous Pont). For athletes is a beautiful jogging 30 to 45 minutes (one way). The medieval village of Castillon du Gard is perched on limestone and sandstone hill overlooking the southern end of the Gardon gorges. As Vers-Pont-du-Gard is inhabited since prehistoric times. The wars of religion (sixteenth century) have destroyed much of the village. Only a few buildings remained and were restored in the 1970s.

– The leper colony of New Wells

– The GR63 trail that goes to the Pont du Gard

5 km from our B & B ” à gauche du Pont “,  Collias is located on the same side (left) of the Gardon. Collias owes its origin to the Greek. Successively different civilizations have left traces in the village: the caves were already inhabited in the Palaeolithic, Roman, early Christian and pagan traces on the Hermitage site (classified). The pristine landscapes of the Gardon Gorges associated with immense plateaus overlooking them form a paradise for hikers. All river activities conducted there. Until the nineteenth century Collias was a major center for silk production. Collias is also the birthplace of the famous olive “Picholine”. 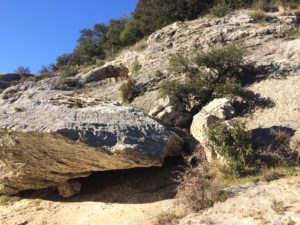 – The Chapel of Our Lady of Laval

– The garrigue and flora.

Do not miss Collias: 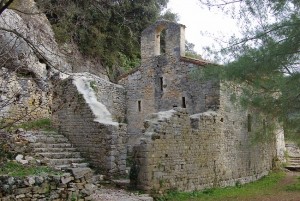 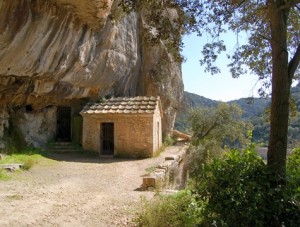 10 km from the B&B “à gauche du Pont”, Vers Pont du Gard, starting from “Sanilhac Sagries“, is the fabulous site of La Baume / St Vérédème on the banks of the Gardon. Access (pedestrian only) is about 3 km gravel by scrubland to reach a deep canyon formed by the Gardon, incomparable natural site where were filmed famous images of the film “The Wages of Fear” with Yves Montand and Charles Vanel. In the cliff accessible by stairs, the cave of the Baume forms a tunnel whose entrance Gardon side houses the chapel of St. Vérédème chapel. Gardon on the ruins of an old mill celebrate past human activity where hikers can cool off and land in a beautiful landscape.

Our guest hosts “à gauche du Pont” is situated between the famous Pont du Gard (3 km) and Uzès. City steeped in history from antiquity to the present day, it has been shaped by generations of Uzétiens who did live. Due to its undeniable heritage assets, and its remarkable architecture Uzès got the label “City of art and history” since November 2008. You will be seduced by the authenticity and charm of Uzès, you will enjoy the magical ambience of medieval streets and hidden gardens, history of the Ducal castle of the Middle Ages and private mansions dating from the Renaissance 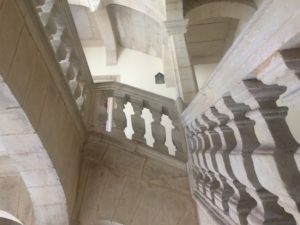 . The elegance of its shady squares and freshness of its secular fountains seduce you in your walk. The Provencal market of Uzès which is held every Saturday and Wednesday morning is unique. You will be enchanted by the colors, scents and the quality of regional products that are presented. Uzès “First Duchy of France” will leave an unforgettable feeling like Jean Racine who should write it: “… our nights here are more beautiful than your days …” 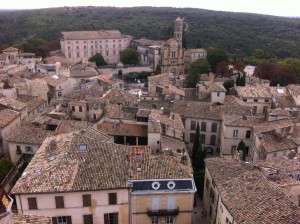 16 km from our bed and breakfast: La Capelle and Masmolène

The Capelle and Masmolène (16 km) are two villages that met in the seventeenth century with a single town hall that is right between the two towns. The feudal castle and the Romanesque chapel (perfectly restored) date from the 11th century and the impressive piles of sandstone and quartzite on the way to Masmolène are classified since André Malraux. 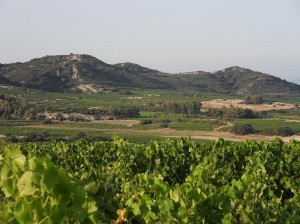 20km from the B&B “à gauche du Pont”: the vineyards of Tavel. It is through the vines, from our B & B “Left Bridge” you will join Tavel. The reputation of the village of Tavel Rosé is due to its exceptional. This wine is the result of remarkable environment, makes unique landscapes of the region. The wine trail will take you around a huge carved valley between hills of scrubland and you will cross a terrace with distant horizons to finish on slopes ideally exposed edges of the growth. Starting from the source that gave birth to the village, a network irrigates filioles sunken whole terroir of lovely gardens, surrounded by old dry stone walls, forming a pleasing solar maze.