It is 9 km from Uzes , 3 km from the Pont du Gard and near the Gorges du Gardon . The village of Vers Pont du Gard has been inhabited since prehistoric times. After the Romans , the construction of the current village began with a monastery with a few houses around the church . The village includes large stone quarries that are exploited long ( they were used to build the Roman Pont du Gard ) . The economy of the village is mainly wine and industrial ( exploitation of stone quarries ) and a number of stone -related artisans settled in Vers. The bed &breakfast and cottages “à gauche du Pont “ are located near to the village center and a few hundred meters from the road of the remains. 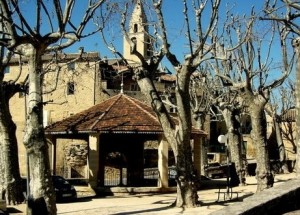 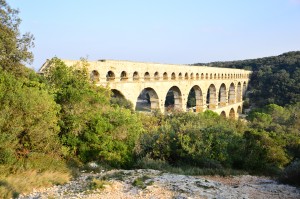